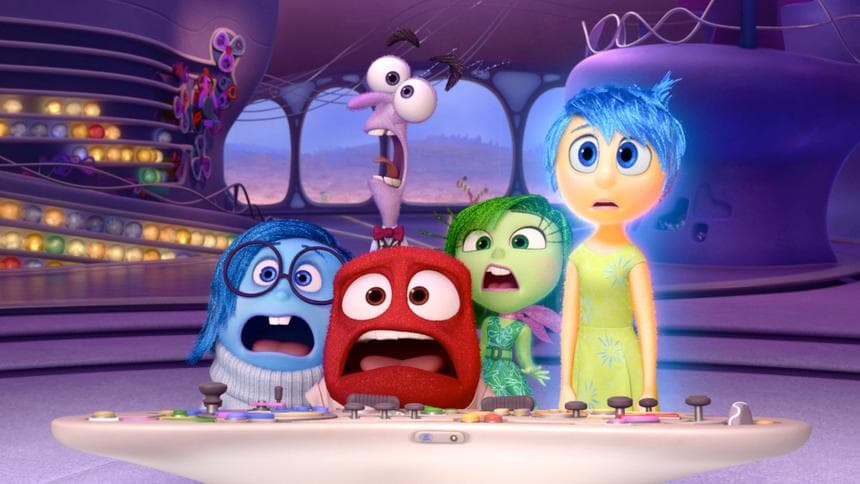 My thought's on some of the videos I watched this week: Inside Out, Why I Wont Buy A New Camera and a Tribute to Hayao Miyazaki

I recently got a Cineworld Unlimited card and decided to go and see Inside Out.

I am quite a big fan of Pixar’s movies but a little disappointed by their previous film - Monsters University - and the Pixar culture shift that's happening. Although I liked Monsters University - it used the same Jock/Nerd/Underdog College tale that is overused and unoriginal. I remember when I first got into the Pixar movies I heard a quote from John Lassetter saying:

"At Pixar, we do sequels only when we come up with a great idea, and we always strive to be different than the original." - John Lassetter,

I found that inspiring that they were standing apart from the rest and only doing sequels when they felt it was completely right. However, this way of thinking seems to have changed over the years - we’ve had 3 Toy Storys (with one coming in 2017), 3 Toy Story Toons, 2 TV Specials, 2 Cars movies, Finding Nemo and The Incredible sequels… you get the idea. To me it feels like there are less fresh ideas coming out of Pixar than there used to be. So that’s why I way excited to see Inside Out - a new story about a girl called Riley and the emotions that live inside her head.

The story was full of the kind of emotion and nostalgia of Up with lots of quirkyness. The personality islands of Riley’s mind was an interesting concept, and how the mind was thought out with the 5 emotions; Joy, Sadness, Fear, Anger and Disgust, and how they reacted with each other in everyday situations was well thought out. I felt like this worked better at the start of the film, as later on the story focuses on Joy and Sadness and the other emotions take a sideline.

I did feel like I was a little too old to be watching an animated film aimed at children at parts, and found it wasn’t as adult-appealing as other Pixar films are, but not so much that it put me off the film.

I would recommend watching the movie if you haven’t already and its one I’m going to watch again.

Why I Wont Buy a New Camera - DLSR Guide

Also this week I watched "Why I Wont Buy a New Camera" video from Simon Cade of DSLR Guidance. I came across this video and it really inspired me to stop putting off actually using my camera and start filming more. In his video Simon explains that he’s going to stick with using his Canon T3i and not get a camera like a GH4 or a A7S. To him, spending money on production crew, learning more production values and learning and practicing how to be a good film maker are more important than having a camera with a better dynamic range, more resolution or better low light performance.

There’s a great part in the video where he explains the importance of a good story in film and compares that to a book. Books have great story without needing to be in 4K, have drone shots etc.

"I don’t want the most exciting part of my week being taking a product out of it’s box";

As someone with a Canon T2i and has spent hours watching in-depth reviews of cameras like the A7S and GH4, it really motivated me to dust off the camera and start filming again.

I also came across this great video on Vimeo this week.

Vimeo user Dono has used Blender to recreate some of the great moments in Miyazaki’s classic Studio Ghibli films. Dono has made a great video here and adding a third dimension to the scenes really brings the character to life. The modelling on the Bath House is detailed. It also helps that the track Dono has chosen is one of my favourite pieces from Joe Hisaishi’s incredible Spirited Away soundtrack.