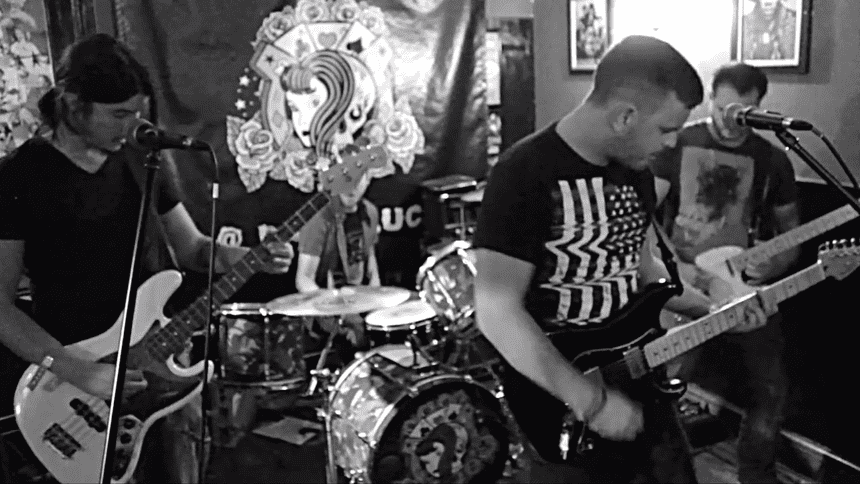 The other day I went to a gig for Smoking Grace, a local band that my brother is in. I decided to take my camera and film the gig to create a music video for it. Here are the lessons I learnt from shooting my first live music video.

One of thing biggest things is that I didn't have enough time to prepare the camera. From not being fully preparing the camera before I left the house, to not being prepared when the band started playing, being better prepared really could have improved the shoot.

I left my flat with just my camera with the 18-55mm kit lens, an SD card and a full battery. I was happy that it didn't take me long to grab what I needed (or thought I needed), and could get out quickly, but it came at the cost of flexibility. What this meant is that I left my f1.8 50mm lens (the “nifty fifty”), and the Magic Lantern SD card I have at home, which restricted my options a bit when it came to shooting.

As mentioned above I used the camera's kit lens for the shoot. I chose to bring it as it's a zoom lens I could quickly run between focal lengths thinking of doing a couple of crash zooms when the song kicked in. In the end I didn't really do many crash zooms, instead opting for smooth camera movements so that if I couldn't cut in any of my cutaways I could still use that whole take. The couple of crash zooms I did try looked bad, as I found the camera hard to zoom in smoothly. I was happy that my only lens was the 18-55mm lens, rather than only having the 50mm, as the venue was quite small, and I spent a lot of time with a wide shot at 18mm just to get the whole band in, and even then I had my back right up against the wall to get the shot. Shooting stuck at 50mm would have been a huge challenge; I wouldn't have been able to get a single shot of all the band at once. I do have a fish eye adapter for the 50mm that I've used before but I had left that at work so couldn't use it. That combination might have suited me better, as the 50mm lens' max aperture of f1.8 would have let in more light than the 18-55mm lens' maximum f3.5.

If you've not heard of it before, Magic Lantern is a firmware hack for Canon cameras that you install onto your SD or CF card and when run adds a bunch of extra features to the camera, particularly features designed for people who shoot video on Canon cameras. If you have a Canon camera and don't already shoot with a Magic Lantern card in your camera I suggest you check it out here. 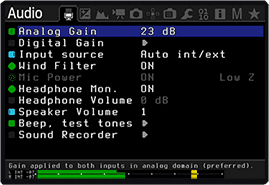 If I had my Magic Lantern card with me, I would have been able to monitor and adjust the audio levels, which would have improved the audio slightly on what it was. On some of the other songs I filmed, the sound was far too loud and quality was lost.

I chose to shoot in manual focus, as I found the auto focus was slow and would push the focus out before going back into a sharp image. However, as soon as I watched back the opening seconds of what I had shot I realised the focus was off. As you can see from my whip up to the band at the start of the video I wasn't quite ready for them to start, which is what caught me out with the focus, otherwise I would have used the focus assist on the camera (as I usually do) to make sure the shot was in focus before I started shooting.

This is another area where Magic lantern would have helped me as I could have turned on the focus markers and realised where I'd gone wrong and fixed the issue a lot quicker.

For filming on a DSLR with the kit lens, the lighting was pretty poor, at f3.5 – the full iris for the lens – I had to get the ISO up to as high as 3200. As a result there was a lot of noise added, and affected the quality of the shots. I chose to convert to Black and White partly out of the look and partly to try to disguise the ugly noise that was generated. You can still see it is there but there wasn't much I could do to get rid of it in post either.

I'm used to multi camera productions working for a live streaming production company, where I have vision mixed 5-camera music performances. With background knowledge of that I felt a lot like the shoot could've done with at least one other camera set up to film the whole band while I then moved around to get the close up shots, so I when it came to the edit I could cut in the second camera while I was preparing my next shot. This obviously wasn't the case so I had to think a bit more about how to keep the video interesting. I could've just kept the camera on a shot of the whole band for the whole time but that would've been boring to watch. Instead I chose to keep my movements smooth and my shot transmissions smooth, slow pans up from guitar to the singer for example.

Smoking Grace is my brother's band and I'm keen to support him so I've seen a few of his gigs live and I know his songs pretty well. Good advice for shooting any kind of music performance is to know the songs well so that you know when the great guitar solo is, when the backing vocalist starts, so you can be ready to focus on those things when they happen. That being said, once I came to the edit I realised that the first two times the singer started the pre-chorus, I was focussed on the bassist and the drummer, so missed the lines completely. Luckily I had a shot of those lines from later in the song that I was able to use, but it's always good to keep track of what you've been shooting and when while you're actually recording so that you don't miss the important bits.

To edit to the live track or edit to a studio recording?

After realising audio was going to be bad thought about editing the clip to the band's studio recording they did for their EP. Once I laid it down in the edit and tried to find points to sync it up, I realised the live performance was quite far off the studio recording. The tempo was wrong, timings of sections were different and solos were different, so would've been a lot of work to sync them up, trying to re-time the footage to make it work. Using a studio recording would be better if the shoot was for a music video, in a more controlled environment, where I could play the band the track so they could mime/play in time. So it was a case of using the live sound.

The lighting situation was a real pain for shooting. For a future gig shoot like this, adding some more light would make things easier. Setting up a whole lighting set up isn't appropriate for a gig in a pub, so maybe a camera-top light would be offer up a bit more light to help.

For a music performance sound is everything. I wasn't kitted out enough to do the band justice, capturing the sound on the small built-in camera mic of my 550D. I should look at improving the audio setup of the camera either using a top-mounted mic like the Rode VideoMic, or using an external recorder, like the Zoom H4.

Filming one of the band's gigs is something I've wanted to do for a while and I'm glad I finally had a chance to give it a go. I'm pretty happy with what I've put together as an end product given the circumstances, and I've definitely learnt a lot from shooting my first live music performance video. There's a lot more for me to try out for next time.