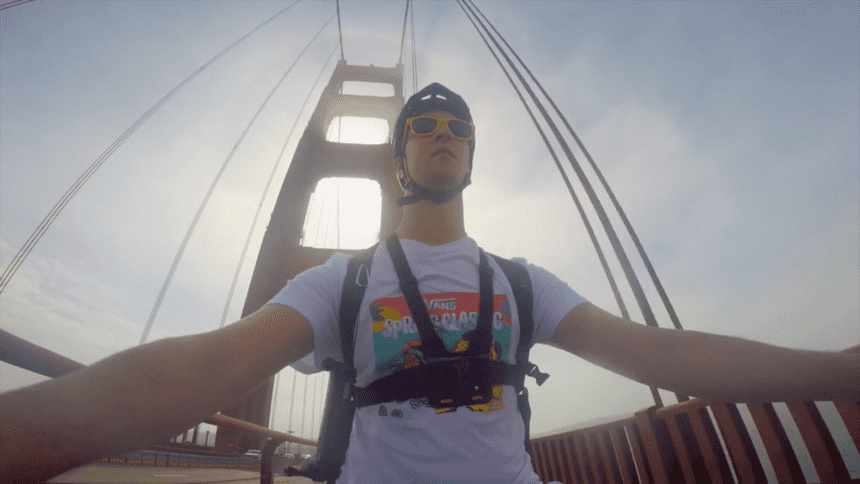 California Road Trip with a GoPro

This September, Laura and I went on a 2 week California road trip, and I took the opportunity to take along my GoPro and my 550D along to capture the trip and edit a short video from the footage - and this is what I ended up with.

Filming was good fun and never seemed like a chore. Here's a few things I found out from the trip.

Filming with the GoPro requires little set up

I loved being able to just turn on the GoPro - point it in the right direction and be pretty confident that the wide angle has picked up everything I wanted it to. I made sure to go through all the settings before I started the trip to make sure I was ready to go once I was out and about. One key thing I made sure to change was to make sure the camera's white balance was set to Native and not Auto. I have some shots from my big backpacking trip where the Auto White Balance has meant that the colour shifts loads in a single shot, which makes more work in the edit trying to balance it all out.

These are frames from the same clip. You can see here the difference in the colour.

Filming with the GoPro is quick

The GoPro's size made it super easy to carry around and take out as soon as I wanted to film something. When I was just walking around it was small enough to fit in my pocket, and when doing longer walks I had the camera attached to the 3-Way with a carabiner attached to a ring on my backpack strap, so the camera was out and ready to go every time.

One setting I've turned on the GoPro, which I find really helpful (particularly when I have the camera chest-mounted on the bike too) is the QuikCapture feature which allows me to press the shutter button and the camera will turn on and start recording automatically. 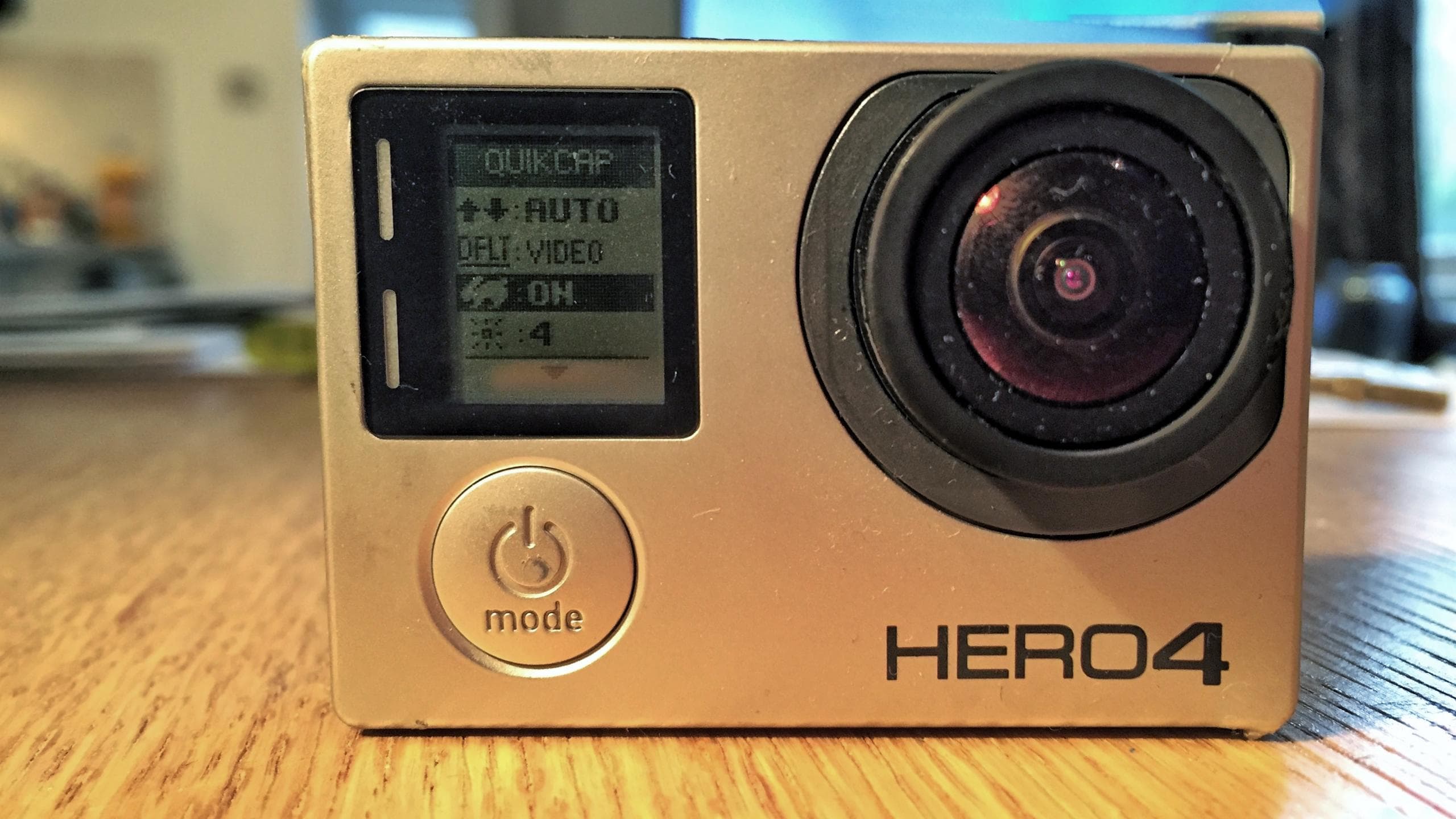 Filming with the GoPro is easy

One thing I found is that filming with the GoPro is super easy - so easy that even Laura could do it.

I'm not trying to say that my girlfriend doesn't know how to use a camera, but compared to using the 550D all she needed to do was point the camera in the right direction and keep it steady and the wide angle was going to pick up a pretty good shot. Compare that to the 550D, which requires making sure it's in the right mode, is properly exposed, the correct zoom and in focus, and that all starts to stack up and become a barrier towards just getting some footage.

By using the GoPro I was able to hand that off to Laura to film the road out of the car window as we drove along, and this was particularly helpful when driving down Big Sur along the long winding coastal roads. It meant that I could concentrate on driving and enjoying the drive, knowing that I was getting some footage on the GoPro too. 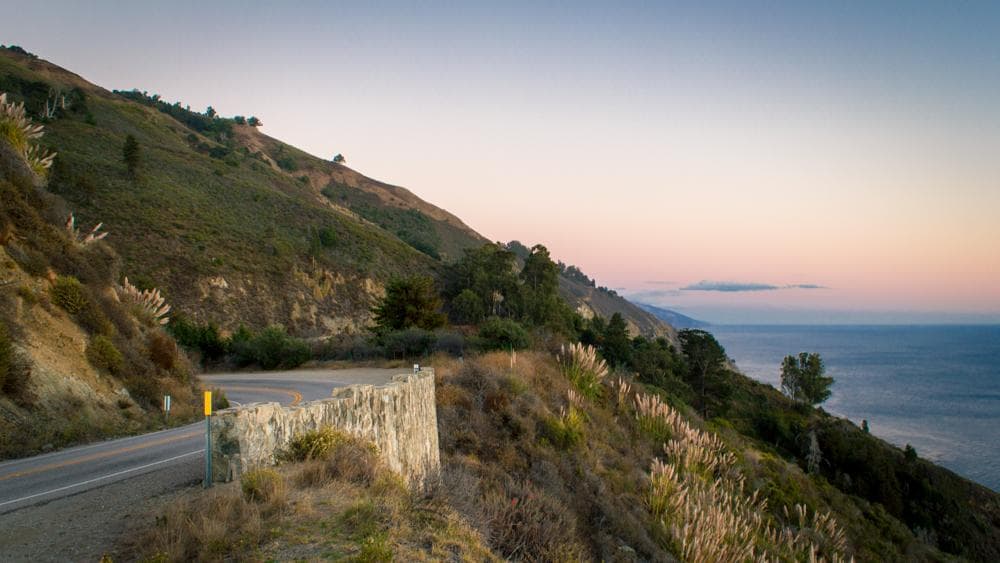 I think song choice is important for an edit - and it took me a long time to find the right track to use. My initial thoughts were to look for songs that referenced California in them (there's a lot out there), I was also looking on the Youtube Audio Library and the FreeMusicArchive for rights free songs, but nothing on there sounded like the kind of thing I wanted to use.

I'm glad I found the track I found - it's the kind of music I listen to and reflects myself and the trip which made it something I enjoyed editing to. It's not rights free but I once I heard it I decided to not let it get in the way. The video is a personal project and a learning experience for me.

I really enjoyed picking an upbeat song and editing the footage to that, with the quick cuts bringing out the fun and energy of the trip.

Historically I have steered away from editing a bit and stuck with shooting 5x5s (25 second videos made up of 5 shots of 5 seconds each). My only other edit is my Train Journey edit - and although I enjoyed editing that and I'm happy with the shots in it, I did find that the edit was pretty slow when I showed it off to someone a few months later. Pacing has always been something I've struggled with before.

So with this edit it's an exciting step in the right direction. I'm happy with the pacing on this and getting into the beat, and even adding my own jump cuts into longer scenes. Doing jump cuts well is something I've always thought I would be bad at, but through a bit of experimentation I got there. I started using Final Cut Pro X's Jump Cuts on Markers feature and adding markers to clips in time with the beat, but as I got into the edit I found that I actually preferred cutting the clips manually as it gave me more control. 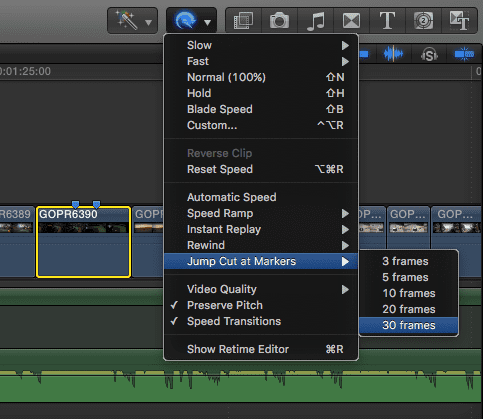 I found some good tips online for editing to the beat, and one tip that I found really useful (which I now can't find the link to!) is to drag in your rough clips into the timeline, and while playing back the timeline pressing Option–Right Bracket (]) to trim the end point of the current clip.

I have seen other tutorials that mention setting markers on the music track, but I didn't try that this time round.

One thing I learnt when I was editing was being considerate of shots - I had included one shot of Laura that she didn't like. I showed Laura my progress at the end of an evening editing and she asked me to remove the footage when I showed her. As it was at the end of the evening I was initially tired and annoyed that I had to make a change. I spent a little time on fixing things that night but I was only getting wound up and decided to call it a night. When I revisited it the next evening I had a clearer head and edited around it without a problem.

Although I wasn't happy that I had to make a change to the edit at the time, it's made me think about future edit projects and how I might be editing for others and not for myself. In these situations I'm sure I'm going to come across requests where I will have to change an edit, so I'm actually glad that I've had my first "client review" and was able to deal with it without too much fuss.

One thing I also found was when I was trying out different things was that I would throw other bits of the edit out. I learnt early on that creating backups as I go was really helpful. So as I went along I used Snapshots in Final Cut to create a backup each time I was about to make a big change. 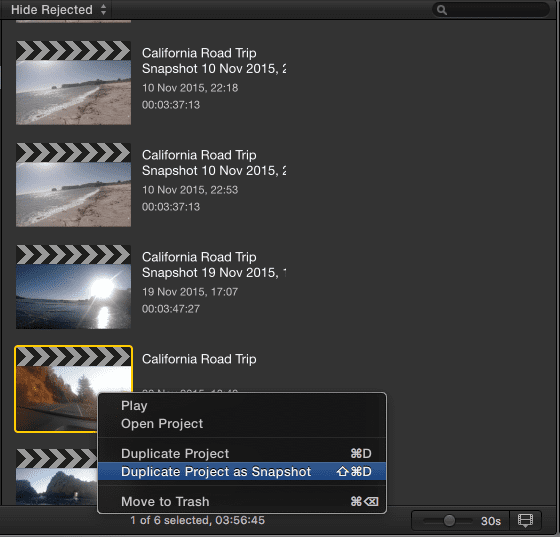 I had a great holiday and I'm really happy with the edit that I've made from the footage.

Shooting with the GoPro gave me good results (although a bit shaky) and was easy and quick to use - perfect for capturing footage without distracting from having fun. I did use the 550D a bit for video, and I was happy with the footage I got from it - maybe I will use it more next time and take less photos with it.

While working through the edit I picked up a lot of little tricks and shortcuts for working through Final Cut Pro X and I now feel pretty confident working with it. There's still a lot left to learn but I feel comfortable with it now, whereas before I always felt a little overwhelmed.

The only thing left to do now is to put these newly learnt skills into editing the 300+GB of GoPro footage from my backpacking trip!

I actually feel like it's a manageable task now - I just need to start working through the footage and familiarising myself with it again - its been almost a year since I left for the trip.

Let me know in the comments what you think of the edit, and keep checking back for more posts.