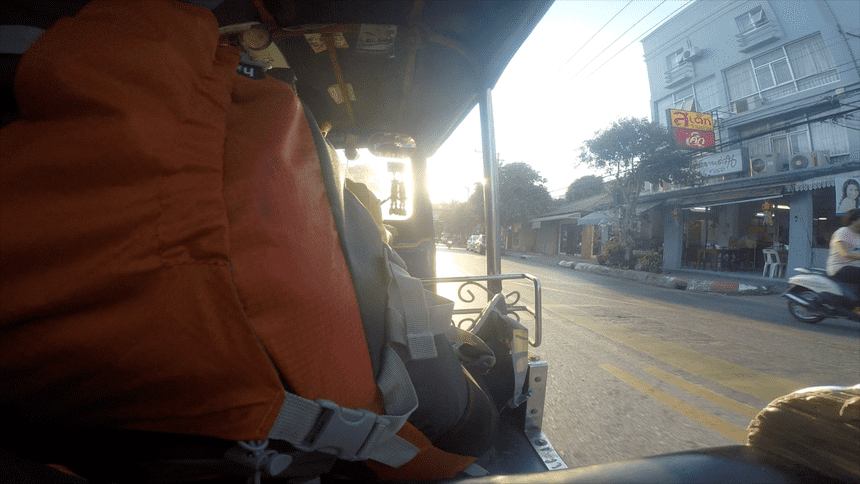 Here's a highlight video of me backpacking South East Asia in December 2014. I spent a month and a half travelling around Asia, starting in Thailand, travelling up to Laos, across to Vietnam, down to Cambodia and then on to Malaysia.

I shot this video on my GoPro Hero 4 Black and edited it in Final Cut Pro.

The song choice - Paradise by Coldplay - is a song that I had on the old 2GB iPod Nano I took with me on my trip. I listened to it a lot on my many bus trips and each time I listened to it I pictured how I might edit the video to that song.

Comparing with the California Edit

Its been just over a month and a half since I finished editing the California Road Trip video and I feel like this edit is a step up from that.

I was able to edit the video quicker than the California one as I had a good idea of what I wanted it to look like and what I wanted out of it. I saved a lot of time on searching for the right song as I knew almost from the start of the trip what I wanted to use.

I also spent more time on this edit colour correcting the clips. Once I had finished the edit and watched it back followed by the California video I could see there were shots in the California video that could've done with more work - which is actually something I plan on going back and doing when I have some free time.

The other thing that stood out for me is actually my shooting style on the backpacking trip. I tended to film myself more than I did in California and I think that makes for a more interesting video. It makes it more of a video about my journey than about the locations I'm in. The California video was much more landscapes and views, and although I really like it, I think that its less engaging than the backpacking video.

I really enjoyed editing this video, and of course had an amazing time filming it. Its bad that its taken me almost a year to actually edit the videos but I so glad I found time for it this Christmas break and put it together. It's motivated me to edit more of my old footage, so expect more videos to appear on the site this year.

Let me know what you think of the video in the comments.